Best Cities to be a Digital Nomad

I’ve travelled extensively throughout Europe, South East Asia and Central America. For the past four years I’ve been working online, which has meant any trips have involved me trying to get some work done. The only exception to this is a trip I took to Myanmar where the Internet was SO, so bad that I gave up on working.

Thankfully outsourcing changed my life, and meant that even though I wasn’t working in Myanmar, I was still making money.

1) Fast Internet
2) Good, affordable coffee
3) Great climate – my productivity is correlated to how good the weather is
4) Easy to get around

My overall best city in the world to be a digital nomad:

Antigua, Guatemala
This is actually where I live almost year round, so I guess technically I’m not a digital nomad here any more. But when I first arrived, I was still traveling through Central America and wasn’t sure I’d stay. I didn’t really ever leave because of many reasons, but mostly because it was so beautiful and I have tax benefits by living here. It’s a bite sized town, so everything is close and there’s no worry about commute times.

My expenses are probably half what I’d expect to pay in New Zealand, which means I’m leveraging the lower living costs. I’m able to afford a twice-weekly cleaner who also does my market shopping and buys me beautiful flowers, a dog walker, a personal dog trainer for Inca three times a week, and a beautiful rented home, all for less than half I’d expect to pay in New Zealand. The climate is lovely, especially when it’s not rainy season and there’s a bunch of digital nomads passing through and living here because of the great Impact Hub co-working space. It’s a great place to be a digital nomad, and you may just feel like you’re living in a postcard here. Be warned, almost everyone spends longer than they intend in the beautiful Antigua, Guatemala!

Other places I’ve thoroughly enjoyed being a digital nomad:

Ubud, Bali
There’s something about Ubud that almost makes it compulsory to have a fresh coconut in your hand and to be headed to or from a yoga class. I always seem to meet a certain type of person in Ubud, usually someone who’s focusing on eating clean and discovering themselves, while indulging in daily yoga classes and almost-as-frequent massages. There’s so many cool cafes and restaurants here, with pretty good Internet, making it a fun place to work while striking up random conversations with other travellers. Living costs are really low here, and there’s this magic glow to Ubud that will fuel your fire.

Prague, Czech Republic
I actually lived in a tiny town in the middle of no where in the Czech Republic for six months, being an au pair while I set up my first blog The Wrong Way Home. Most weekends were spent in Prague, wandering the beautiful cobblestone streets and admiring the gothic architecture. Prague is much cheaper than most of Europe and is littered with trendy cafes. The summers are incredible – bright blue skies without a mark in them. But be warned, the good weather brings the hoards of tourists. I actually spent my time in the Czech Republic during the winter months, and probably would never do it again, but if you’re looking for a place to be a digital nomad for just a few months, choose a shoulder season so you can enjoy the good weather, but still have some breathing space.

Lisbon, Portugal
A beautiful, bite-sized city with a castle perched on the top of the hill. It’s easy to get lost in the cute streets and alleyways here. One of my favourite things about Lisbon is that it’s so close to a great beach, while offering all that you will come to expect of Europe’s greatest cities.  There’s great food, welcoming people and it’s not going to break your budget. It’s also just so pretty in Lisbon, so every day you may feel like you’re living in the middle of a gorgeous painting. The winters are mild, ensuring that it’s a pretty great place to visit year round.

Hong Kong
I remember the first time I visited Hong Kong, I found it absolutely mesmerising. It’s a bustling city, that never seems to skip a beat. The metro here is absolutely amazing, one of the best I’ve ever used in the world. Unlike the other cities mentioned, it’s not as cheap for accommodation as Hong Kong boasts some of the most expensive properties in the world. However, there are some tax benefits here that you may be able to access if you live here long term. It’s such an alive city that you’ll feel inspired to move forward in your projects and it’s also an amazing hub for travel around Asia, to Europe and Australasia.

These are my favourite places around the world to be a digital nomad. I’d love to hear your favourite place to work online while exploring a new country and culture! 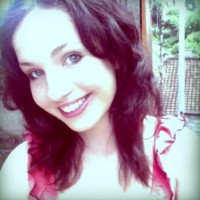 I have never considered being a digital nomad before, but this post is really inspiring!

It’s so impressive that you have been to so many countries while blogging full-time. I was in Hong Kong in 2007 and was also impressed with how developed the country was compared to the West. Glad you had a great time in the countries you’ve visited! 🙂

It’s great because you can really save a lot of money, while getting the opportunity to explore a new place. I love it! Wow Hong Kong is great, I love the big cities in Asia. I’m hoping to visit Japan next year, which I’m very excited about. I’m pretty sure it’s basically the future 🙂 Thanks for dropping by.